A selection of writing, talks and press

Ali Cherri's residency at the National Gallery in London 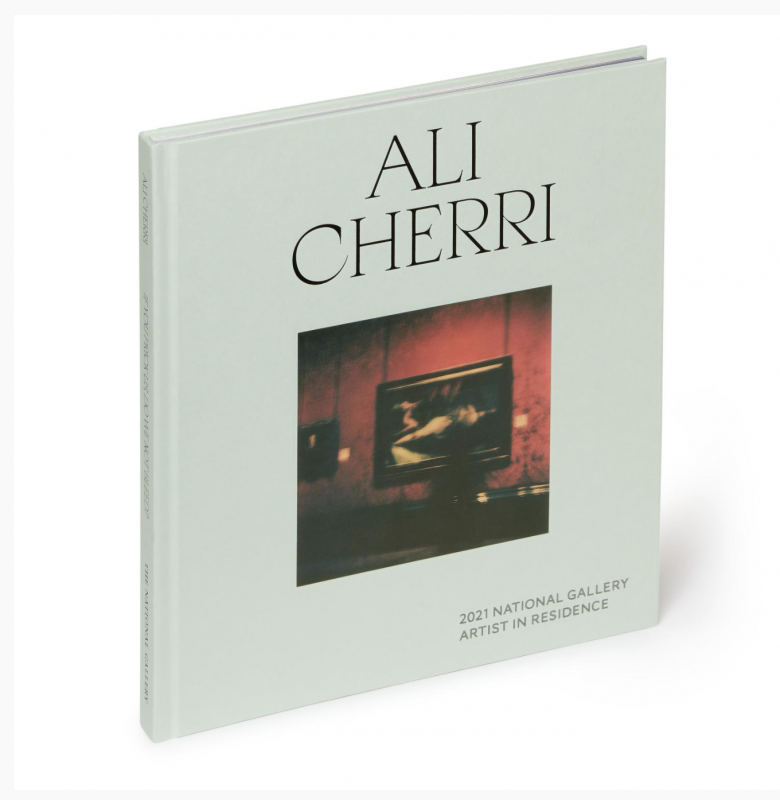 I was delighted to be invited to write an essay for the catalogue accompanying Ali Cherri’s residency at the National Gallery in London, 16 March–12 June 2022 and the Herbert Art Gallery & Museum, Coventry, in summer 2022.

Ali Cherri (b. 1976), the 2021 National Gallery Artist in Residence and 2022 Venice Biennale Silver Lion winner, is known for his sculptures, drawings and films exploring museums, objects and their relationship to the natural world. Cherri’s time at the National Gallery expands on his interest in collecting and collections. This book introduces the Lebanese artist’s practice to a broad audience and documents his journey from the beginning of the residency through the many artworks, artefacts and conversations that have inspired this new body of work.

The first full survey of the artist’s work, and the first in the English language, this publication gives an overview of Cherri’s archaeological approach to the heritage of objects by investigating their relationships to history, society and nature.

2025: Welcome to the future (Powered by NFTs) at Art Dubai X Bybit Talks 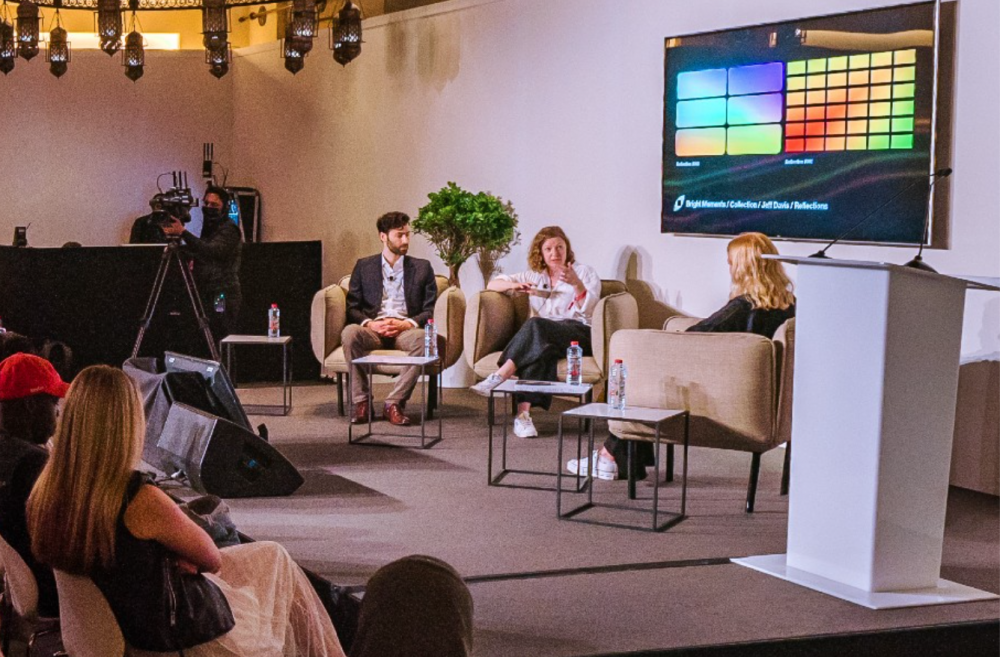 A talk with myself, Anny Shaw from the Art Newspaper, and Keith Casadei and Seth Goldstein from the NFT platform Bright Moments, exploring the possibilities of creating new forms of value for performance, experience, and temporal art and culture through various frameworks created by NFTs through different layers. These layers comprise the technological, the social, and the economic that look to transform how we may continue to shift value creation. 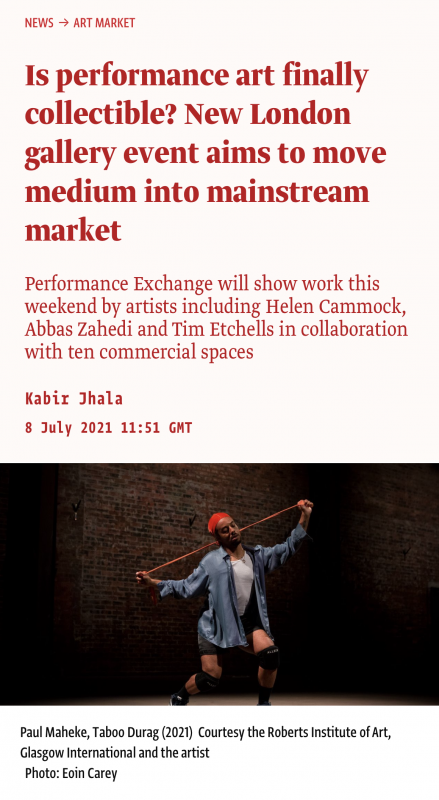 Among write ups in Financial Times, Time Out and a review in Art Monthly, this wonderful, in-depth feature by Kabir Jhala was published by The Art Newspaper in the lead up to Performance Exchange : it can be found here 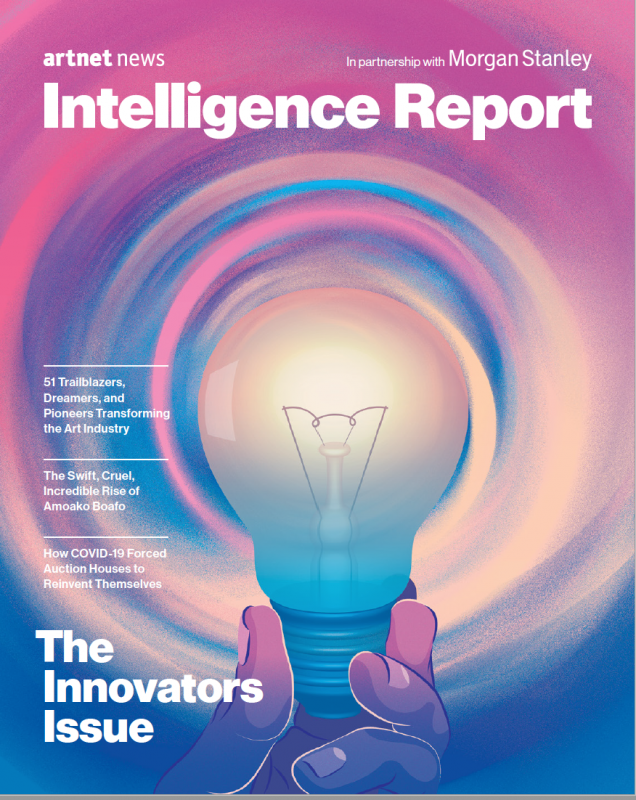 I am delighted to have been named as one of 51 ‘Trailblazers, Dreamers and Pioneers transforming the art industry” by Artnet News’ Intelligence Report 2020.

The full report can be found here

The Performance Art Curator Whose Days Seem Longer Than Ours : Interview 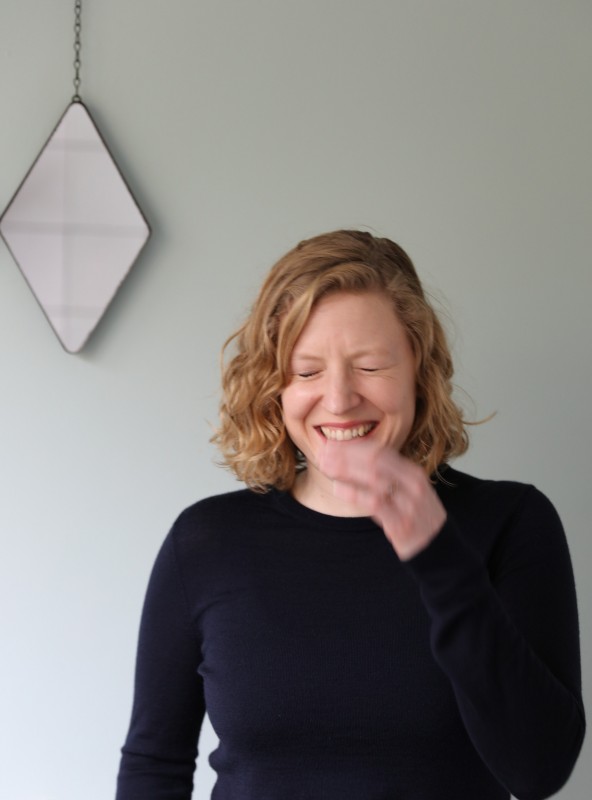 I was very happy to be the first interviewee for Cristina Sanchez-Kozyreva’s new publication Curtain, the magazine for Art Curator Grid, about my work (and exercise habits…!)

Performance art costs a lot to produce – but can it make money, too? : Editorial 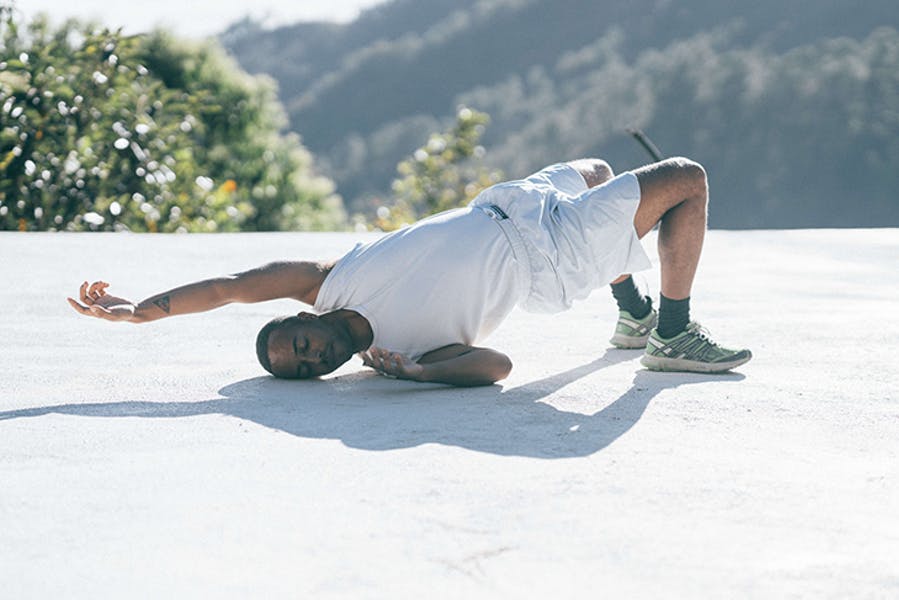 Seeking After the Fully Grown Dancer *deep within* (2016–2018), Paul Maheke. A version of this performance will be staged at the 58th Venice Biennale. Photo: Sandino Scheidegger

In anticipation of the live programme at the 2019 Venice Biennale, I wrote a short article for Apollo Magazine on the economics of performance art.

I was invited for the second time to work with the team at Art Basel Hong Kong to develop and chair a panel discussion.

How does activism fit into the art market, and what forms can activism take within the market space? This discussion explores modes of politically engaged practice and engagement in art. 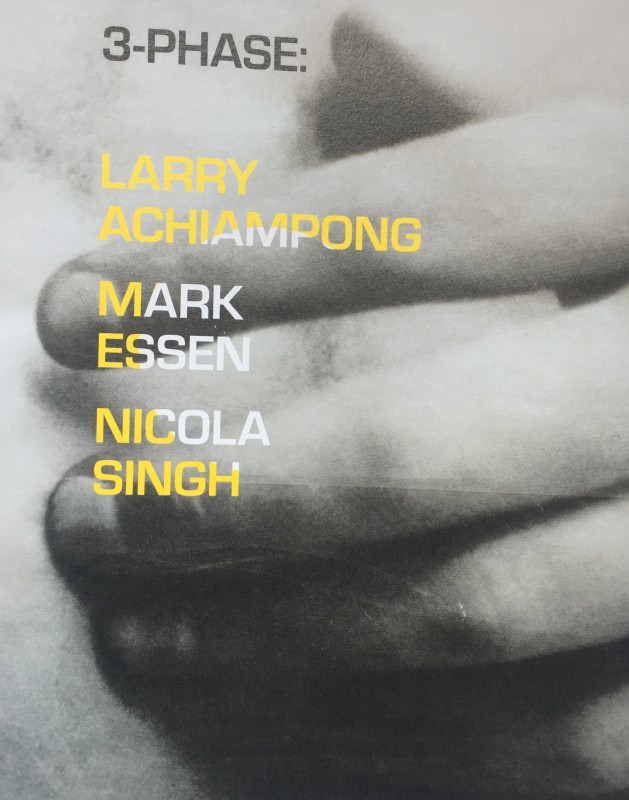 Workplace Foundation, invited me to write about artist Nicola Singh’s work for the 3-Phase project – a collaboration between Jerwood Charitable Foundation, Eastside Projects, Birmingham and Workplace Foundation Gateshead which explores a new model for working in partnership to support the development of early career artists’ work over a sustain period of time.

This is my text:

A small text hangs on the wall. It is not the first thing I notice in the exhibition space; in fact, it is almost the last – tucked, as it is, quietly in the corner. But the voice it adds is crucial. So, in telling you about Nicola Singh’s exhibition at Workplace, Gateshead, I will start with it.

Through the text she twists and turns, manoeuvring me, as she speaks of him, to herself about him, of herself. I am not addressed directly, yet I hear her voice and I am pulled in. Pulled in, in fact, to the spaces between body, action and response. This is a strange, erotic, yet cold space. She speaks of him inside her, of her disappointment, of her experience of her own body, of memories of older encounters, with him, perhaps, with herself, with others. Encounters not always invited or welcome – she makes them public and I recognise her experience. Touch always makes a mark.

Turning around, I look back at the three squares of silicone hanging behind me, within [her] reach (2018).

Before the exhibition, Singh used the gallery as a studio. Here, she lay on the floor with the silicon pieces on top of her. This is a private moment with no one else present, but I imagine her touching, rubbing, tracing, massaging her body with the powdered pigment on her fingers; the shifts and warps of the material coinciding with her movement as it picks up these residues.

Pigment on semi-translucent silicone. This is painting of sorts. Yet it is perhaps best understood not in relation to its painterly composition or its representational ability, but for how it registers the process of its own creation. The plane of the silicone canvas records the event of its making. Though the performance cannot be seen, it nevertheless leaves a trace and the resulting work cannot be understood without the action, even as imagined.

Hanging as sculpture in the space, these three paintings now persist both as objects pointing back to the moment of their creation and away from themselves, out toward the wider world. They hang in a line, taut from wires in the ceiling. Silicone, wholly artificial, has become a material imbued with the memory of Singh’s body. Standing now in front of the work, my hip bone is to her hip bone, my crotch to her crotch. I am not seeing her body represented but rather as embodied. Again, I inhabit the inevitable gaps between intention and action, telling and hearing.

The private made public, and the space in between those two, weaves its way through Singh’s work. Performance is a process that not only exposes the private, but enacts the trajectory between the two. Here, at Workplace, text conjures performance layered upon performance. “Me on me,” she says. These are the ways that she acts on and is acted upon in the world. Working alone and speaking to herself, Singh’s materials are utilised as recording devices; manifold agencies with varying degrees of opacity and unknown consequences.

Before, for Sweet Spot (2017) at Jerwood Space, London, Singh worked with other women artists – Kate Sweeney, Deborah Bower, Tess Denman-Cleaver and Naomi Garriock. She offered the group a text, space, and time; inviting an exploration of the physical and representational limits of the body to find something beyond demonstrable action and form. Working in pairs, they moved and they described their partner’s movements in real time: “you are,” “you are,” “you are”.

Next, 14 meters of fabric were laid on the floor, dressmakers chalk supplied. Each drew around their own body, a seemingly simple act that in fact requires physically dexterity and complex decision making. Batiqued and dyed, the fabric was later installed in the gallery space along with an audio recording of the text piece with which they had begun. In a further step, the installation then became a space for live performance. Elements of the workshop experience were translated into a capella vocal performance performed live by Singh and artists Harriet Plewis and Jenny Moore as a public event. An audio of this performance was then incorporated into the installation. Making is accumulative: text became workshop, became movement, became painting, became architecture, became performance, became sound…   For Singh, such gestures are a way of both making and a context for sharing and generating. It is a means of gathering and communing, of bringing others together to facilitate conversation and a way of remaking the art world as a network of ideas to be shared.  An ethics and politics, a practice of contributing.

We speak of the third part of this project, Pushing attention (2018), to be held at Eastside Projects, Birmingham, and now in gestation. Once again, Singh will return to a multi-vocal practice by sharing the space with three other women artists – Kate Sweeney, Phyllis Christopher and Janina Sabaliauskaite – each interested in bodies and the potential of the erotica. Into the gallery, she will bring elements of a work made collectively during a private workshop undertaken in a house without the owner present.  A selection of photographs will be produced as large-scale screen-prints and suspended in the space. Over the duration of the exhibition, Singh will spend time in the gallery, gradually reproducing the images as a woven tapestries. This gesture will itself be framed by two live performances, one at the beginning, one at end, marking the transformation that will have taken place; each action simultaneously cyclical, self-referential, and generative.

Through the language of composition and choreography, of sound unfixed and reverberating in space, Bricks and mortar, paper, silicone, paint, charcoal, photography, light, words and architectures each make their own impact in her work because each is a physical demonstration of an interaction. Singh works through these materials. Rather than aestheticised objects, these are things with which to generate interactions and feelings, to be built upon in order to use, or to reach an understanding of, a women’s voice or body.  Singh is the maker of the occasion.

Not long into our conversation she says to me “I want these objects to be desperate”. It takes me a long time to understand what she means by that. Desperation as in ‘I am desperate for a cigarette.’  ‘I am desperate to see you.’  Not a hopeless desperation but a craving, a wanting, a need, and an action to be fulfilled.

How to Collect Performance Art : Interview 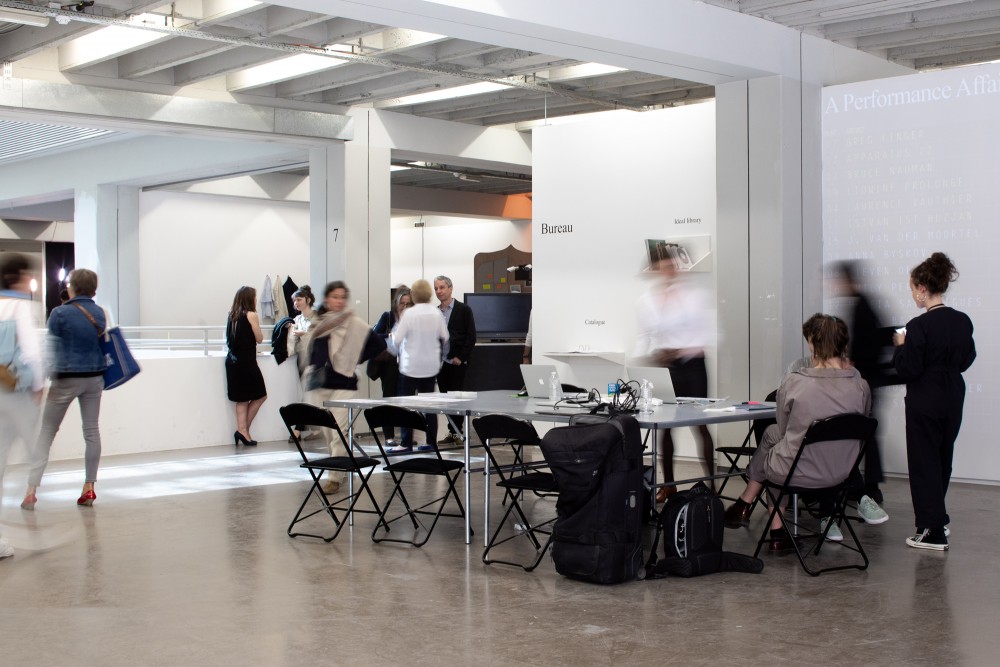 I was happy to be interviewed by Independent Collectors on my role as an advisor to the new A Performance Affair in Brussels.